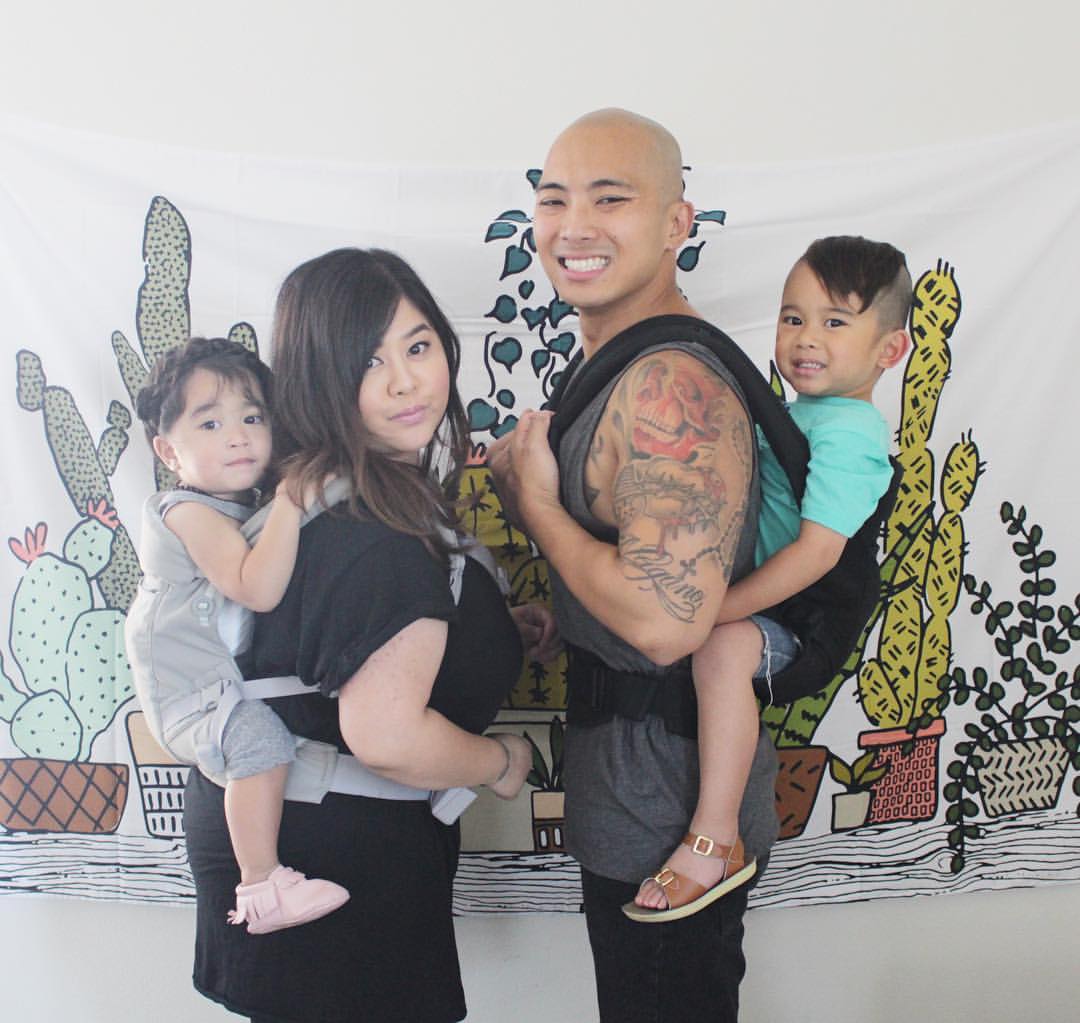 It was in 2012, when Coen was born. We ultimately chose the Ergobaby because, at the time, I was reading about the ergonomic functions and I was fresh out of nursing school, so I wanted to do what was best for our firstborn. We ended up purchasing it, I believe, at Target.

How long have you used your Ergo?

We used our Ergobaby until the end of 2016, so we maximized it! When Coen was born, we used the carrier a lot, but our daughter got carried the most because we were out and about at that point in our lives. I mean, we used to go to Disneyland every other day. There would be times when I wanted to go without my husband, so I would put Casen in the carrier and hold Coen’s hand, and my husband thought I was crazy.

Once the second child comes along, you’re pulled in different directions.

Yeah, and even more than that, by the second time around you’re just more comfortable. You can just throw that baby in there. [Laughs] I can do a back carry like nothing when I have to start cooking. 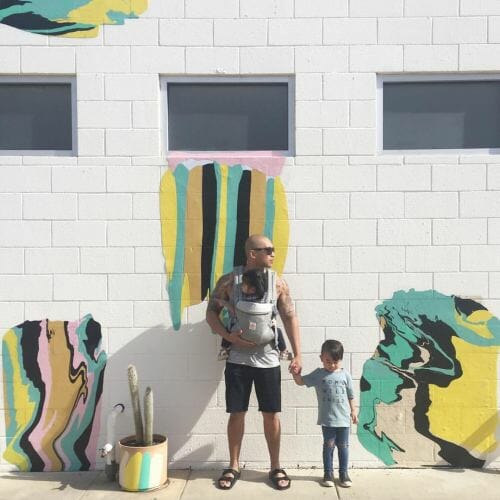 My daughter was actually born as a preemie and we had the Ergobaby wrap at the time. So I utilized that a lot: around the house, trips to Target, running errands, on play dates, hiking, to the beach. We’d choose either the wrap or the carrier, depending on the activity.

I like all of them. I nursed both my kids and it was always convenient to have them in the Ergo or the wrap, and then once they’d fed, they’d just kind of nestle their cheek next to my chest and fall asleep. That’s one of the best feelings. But I guess probably some of the best memories with the Ergo was anytime we went to Disneyland. We actually started bringing our daughter the week after she was discharged from the hospital because, maybe it’s the nurse in me, but I just felt comfortable and they say you know your baby best. So I would have Casen either in the carrier or in the wrap and we would go on these rides and it just worked for us. Especially It’s a Small World. If I had to nurse her, that’s the one we’d line up for because I could feed her in there, while she was in the carrier. [Laughs]

I think it would say that it was well loved. 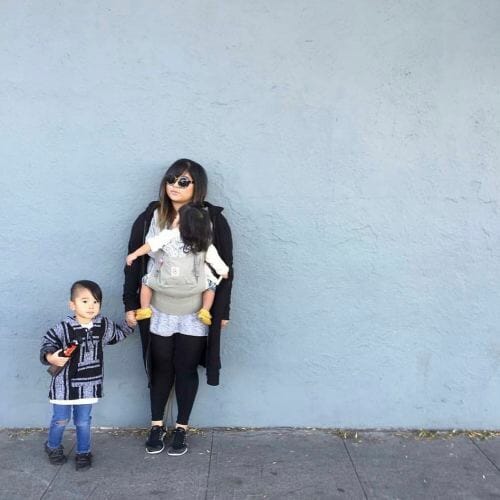 Our Ergos become part of the family, don’t they?

They do. I don’t want to let ours go. I’ve sold a lot of our baby gear or given it to friends, but I just can’t let go of our Ergo carriers.

It’s hard to pin it down to one word, but I feel like I can do anything in the world.

Yes! Cooking, baking, I mean my husband was baby-carrying when he was unloading the laundry, so that in itself…. [Laughs]

Granted my kids are still little, but one thing I’ve learned so far is that nothing has really gone according to my plan, so it’s good just to kind of go with the flow. Try not to stress the small things. Be flexible. Some of the things that stress us out, they really don’t matter as long as the kids are happy and loved. The kids won’t even know that your house wasn’t clean. I’m very organized; I like things in order. But ultimately, the kids are not going to remember that stuff. They’re just going to remember the memories that are being created. I see that now because they have really good memories and they bring up stuff that we do as a family. So even when things don’t go as you intend them to go, you know the universe has its way of making things happen as they should.

I love that you bring up that truth: of nothing having gone according to your plan.

I’ve always been a planner. But I had a strict birth plan that didn’t work out. I knew that it might not go 100 percent, but I figured it would be at least somewhat what I wanted. But that wasn’t the case with our firstborn. I wanted no medication; I wanted to be like my mom, who had a normal delivery with no pain medication whatsoever. But unfortunately, with my son, his heart rate started going down and they had to do an emergency C-section. So that threw everything out. At that point, I knew it’s not always up to me.

My son goes to school now, so packing his lunches is fun and also just getting him into that school routine. When he or my daughter hit milestones or are able to do a task that they used to need help with, there’s joy in seeing them accomplish it. Their faces just light up. Recently, my daughter…we still help her when she puts on her seatbelt, but now she has a task of buckling it into the little clasp part. So the fact that she can even do that one thing, she feels like she’s a big girl. It’s little things like that that bring joy.

I think it’s going to stay within our family. I have three younger brothers, so I might pass it down. Or it’ll stay in the memory box. Our Ergo has carried the kids throughout their life, you know? And to think that it’s just fabric that stretches and that it’s helped so many families in so many ways. An Ergobaby carrier is one of my go-tos for a baby shower gift.

Convenient. Comfortable. Flexible. My whole outlook on parenthood is to be flexible. 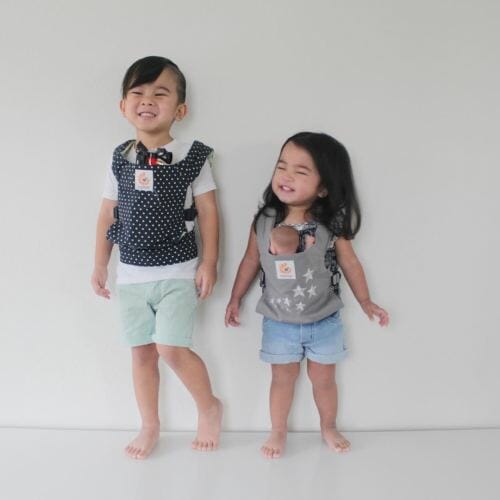 How to Handle Stress While Pregnant