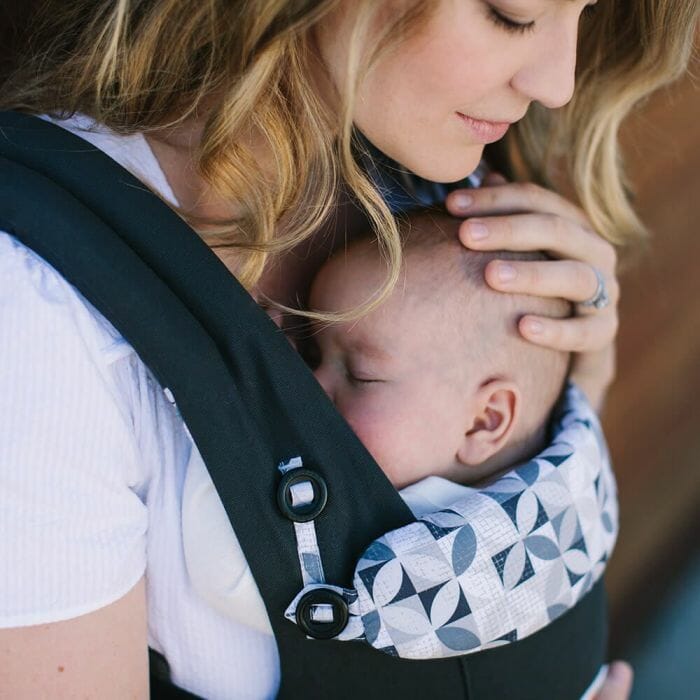 Pregnancy is an intense period in any woman’s life, filled with surprisingly rich and varied emotions, as well as visions of your future life as a mother. Amidst the joyful prospects of soon being able to welcome your little one, some expectant mothers are concerned that they may develop a postpartum mood disorder or depression.

Postpartum depression is among the most disabling disorders for women in their childbearing years and the leading cause of non-obstetric hospitalization among women in the United States, affecting as many as 1 in 5 women. And because it happens during that very period where the new baby is the most vulnerable and sensitive to a mother’s mood and behavior, this depression can have a strong impact on the developing child, as well as the whole family.

First, what are the signs of postpartum reaction you need to look out for? Clinicians distinguish between “baby blues” (which last anywhere from a few days to two weeks) and depression (with longer-lasting and more severe symptoms).

The symptoms of “baby blues” include:

Postpartum depression symptoms may include:

Untreated, postpartum depression may last months or even longer, severely afflicting the entire family. It is hence no surprise that large research efforts have gone into alleviating depression. Currently, the two major medically recognized pathways are talk therapy (Interpersonal Therapy, Behavior Therapy, Cognitive-Behavioral Therapy) and medication. Taking depression medication while breastfeeding is a complicated subject, with large debate around some of the mainstream anti-depressants and mixed results for mild and moderate depression.

There is good emerging evidence for aerobic (getting that pulse up) exercise being just as effective as medication in alleviating mild to moderate depression. However, this evidence is not mainstream and not often suggested among depression clinicians. The current evidence for various forms of peer-to-peer social support is not well studied, but may in fact, be very effective for some mothers.

Depression is a very tricky condition for a number of reasons: Lack of awareness of the signs of depression is the first challenge. But even when the depressed person in fact ticks off most items on the symptoms list, denial may often the response. It can often be tied to self-image – “I am not the type of person to get depressed – I can get through this rough patch on my own”. Unfortunately, this can be a contributor to the onset of the depression in the first place, so it creates a bit of a Catch-22 situation.

Concerns about admitting to a “mental illness” with all the stigma associated with it, including current and future job prospects, also influence denial. Accessibility and cost of services is also a barrier. Depression after birth has that extra burden of a newborn requiring your presence around the clock, upsetting all normal routines, leading to complete exhaustion.

Being utterly exhausted is not the best foundation for the potentially daunting task of seeking out an unknown mental health provider or a counselor. Even healthy mothers often avoid contact with close family and friends in the time after birth, because adjusting to a newborn can be such a fragile, demanding and absorbing process.

With all these challenges to alleviating postpartum depression, finding a simple solution could make quite a difference. If only there was a way out of this feeling, which required very little of the mother, didn’t involve strangers, could initially be done at home, and didn’t require admitting to being depressed….

A recent Canadian study shows promise in addressing this prevalent issue among new mothers. The study investigated two groups of middle-class, low-risk women. One group was asked to engage in daily skin-to-skin contact with their newborn for a few hours during the first month following birth (which they did). The other group was not given such a suggestion, and these mothers turned out to provide little or no skin-to-skin contact in the first month. Depressive symptoms were measured for both groups at 1 week and 1, 2 and 3 months.

Mothers providing daily skin-to-skin contact to their newborn had significantly lower scores on the depression scales (indicating that they were less depressed) when the infants were one week and marginally significantly lower scores when the infants were one month, but no significant differences at 2 and 3 months, where depressive symptoms were few for both groups. The depressive symptom scores were below the risk zones for most of the mothers in both groups. Some mothers, however, scored in the risk zone for depression, and were hence suffering the most. These mothers were virtually all in the control group, who did not engage much in skin-to-skin contact.

When looking at one of the physiological markers of stress, levels of cortisol in the saliva in the morning, skin-to-skin contact mothers had a greater reduction in their salivary cortisol than mothers in the control group in the course of the first month following birth.

This study is the first ever to follow the effects on depressive symptoms of mother-baby skin-to-skin contact over several months and provides us some highly interesting insights and inspiration.

Having experienced the joys of extended close contact, mothers should be willing to engage in babywearing – carrying one’s baby in a wrap or soft structured carrier. This will allow the mother to go about her daily chores, while still maintaining close contact, providing a range of vital and age-appropriate stimuli to the baby – and to herself.

If babywearing is combined with brisk walks in the morning (naturally carrying the baby all along), mothers get the added benefits of exercise and daylight. Interestingly, both light therapy (exposure to either sunlight or sun-like electrical light sources) and exercise have been found to be effective, so don’t underestimate the power of fresh air and sunshine.

Gradually breaking the social isolation by simply getting out for morning walks may also lead to a desire to engage with other mothers to share the joys and tribulations of motherhood. If none of your friends have become mothers at the same time as you have, one alternative option is to join one of the many volunteer babywearing groups or local neighborhood groups popping up all around. These groups host regular open and accessible sessions at a local café or meeting hall. Many new and mutually inspiring friendships are formed during these meetings. If there isn’t Babywearing or family support group in your area, consider starting one. Set yourself up for success with a support network before baby’s arrival. Research certainly supports the benefits of both receiving social support and, equally important, of providing support through volunteering.

These simple steps are likely to help in alleviating mild or moderate depression.

Paulson JF, Bazemore SD. Prenatal and postpartum depression in fathers and its association with maternal depression: a meta-analysis. JAMA. 2010 May 19;303(19):1961-9

Dr. Henrik Norholt is a member of The World Association of Infant Mental Health. He holds a Ph.D. from the LIFE faculty of Copenhagen University and is a resident of Copenhagen, Denmark. He has been studying the effects of baby carrying as it relates to child psychological and motor development through naturalistic studies since 2001.

He is actively engaged in the study of current and past research into baby carrying through his large international network of family practitioners, midwives, obstetricians, pediatricians and child psychologists and shared his insights with the subscribers to Ergobaby’s blog.