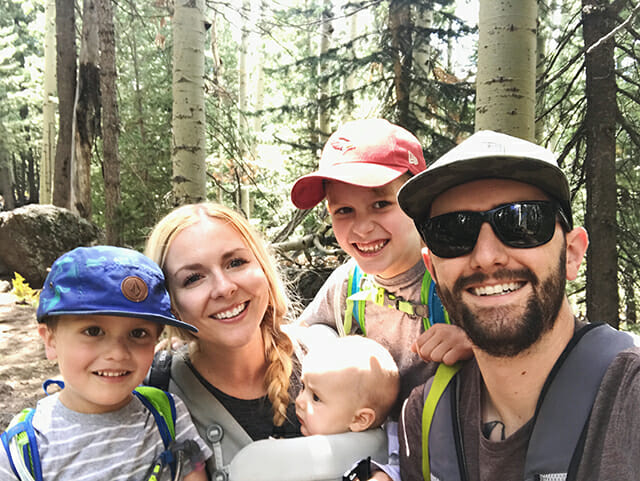 There is a danger in getting into conversation with Sometimes Sweet blogger Dani Hampton: You will never want to stop talking to her. This three-time mama—to Henry, 8, Charlie, 5, and Olive, 2—just gets it, all those moments of chaos, second guessing, and also just plain joy that make up life as a parent. Even better, she has the best ideas on how to stay present (and sane) through it all. High on the list? Get an Ergobaby carrier.

I got my first Ergo with our first child. It was a gift, and it was just such a cool thing. I had seen so many people babywearing, but I had never really thought that I would do it because it looked complicated. And then we got the Ergo, and it took some time—I was definitely intimidated. But once I did it, I was like, Ohhh, this is why people babywear. This is awesome! It was just so cool feeling like I could do all my everyday things with Henry very close to me; that alleviated a lot of the first-time baby nervousness.

How long have you used your Ergo?

We used the same Original black and camel Ergo with all the kids. Then when Olive came along, I upgraded to the Omni, which I also loved. But you know, when the carrier is so worn in, it’s just so nice. It’s like a second skin. I’ve passed my other carriers on to people, but I still have that one special one that I will keep forever.

I loved that, too: The more you wear your Ergo, the softer the straps get, it fits to your body right away.

Totally. And as the babies get older, they start to look forward to it. Olive would reach for it and say, “Go up, go up!” And for Olive, she has a bit of stranger danger. So it was like a little safe haven to be on my husband or me and be up and away. She loved it. Also, I felt so proud that I had worn all my babies in our Ergo. In the world of baby gear, everything’s always changing and I think it’s such a cool testament to the quality of the product, this simple, classic thing that just keeps going. People would ask, “Do you like babywearing? Do you love that Ergo?” And I’d say, “I do! I actually wore this exact carrier with all three of my babies and my oldest is 8.” And people would be like, “Really?” And I’m like, “Yes!” It was a cool thing to talk about, and I loved how I felt secure and safe just as much as my kids did.

Where did you and your family go in your Ergo?

Everywhere and anywhere. I feel like we said yes to more things because of babywearing. Like, some girlfriends would be wanting to go on a hike—where we live [in Arizona] there are lots of hiking trails—and you can’t take strollers. So the Ergo afforded us the ability to be a part of everything. Have carrier, will travel. It just makes traveling easier. You have hands for your other kids and all the things you need. So the answer, basically, is we went everywhere we could and more places because of the carrier. 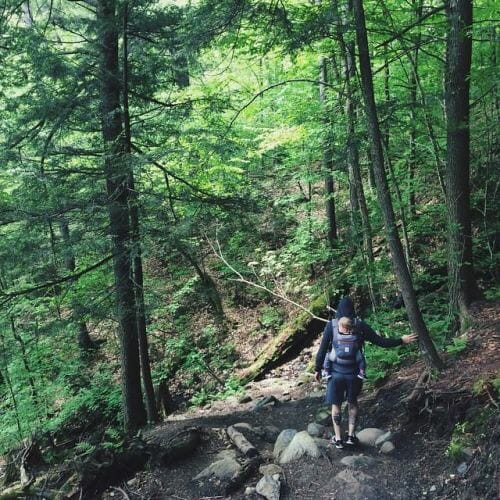 Probably the most favorite would be Zion National Park; we went there last year when Olive was 1. I have this one memory of holding both the boys’ hands, walking on this trail with Olive on, and I just remember thinking, I’m a mom of three. And I’m in a national park with all three of them, walking on this red dirt, and this is one of those moments that I’ll tuck away for when my kids are big. It was just super special.

It allows me to be a magical multi-tasker. Not only can I love on my baby, but I can eat a sandwich. I can hold my other child’s hand. I can give someone directions. I can point out something beautiful to another member of my family. It allows me to be this all-doing, magical mama.

People always say that the time goes really fast, and my biggest advice is to pay attention to that because it really does. And the only way to avoid feeling like it’s gone too fast is to make conscious decisions every day to be very present. So even if it’s, like, an hour in the morning lying on the ground staring at your baby, do it. Or if it’s after school sitting and talking with your child while they eat a snack, do that. Because it’s really easy to get caught up in, They’re occupied, so I’m going to do some laundry and then I should probably return those emails…. No. You will never get that time back, so make it a point every day to set an alarm on your phone that’s, like, your intention alarm, and spend an hour or 30 minutes doing something that you will never regret doing.

And it’s hard from our perspective because we’re, like, go, go, go, all the time! But I don’t want to impart that on my kids, that that’s how adults should behave. I don’t want to be that way. So it’s a really good forced, slowing down. Another thing is when everything’s going crazy, you want to be the calm and not add to the chaos. I see that especially with my older boys; it’s so easy to slip into meeting them where they’re at.

So you absorb that energy a little bit and then diffuse it?

Totally. But also, this is me speaking from my best self. I only do these things 50 percent of the time. [Laughs] Got to be real. 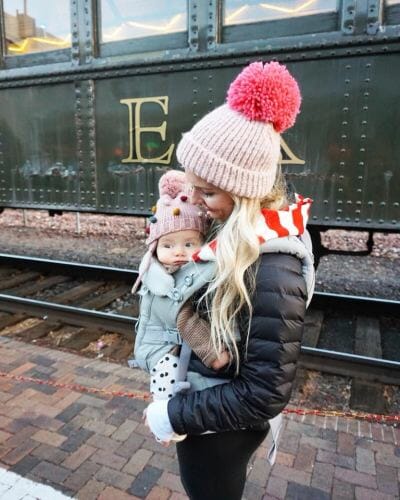 Are there things that help you be more present and calm?

Essential oils. Essential oils are like my godsend. Also, every morning I work out and that brings me great clarity and peace. I’ve never had a problem carving time out for myself. I just do it; I don’t feel guilty about it. And my husband does the same for himself. Unapologetically spending time on yourself every day, it’s so important. Especially for new moms. I think we learn that importance over time, but if we could just start out that way, man, that would be cool.

The joys are the everyday little magical things that happen: a laugh, when you see your children feeling good about themselves, or making a friend. The things that feel like work are…like, sometimes I don’t feel like parenting. I don’t really care that you didn’t get your stuff out of the car. In fact, I don’t want to get my stuff out of the car either. But now, because this is the rule, I have to make a big deal about it. It’s just hard sometimes having to parent when you don’t feel like it. 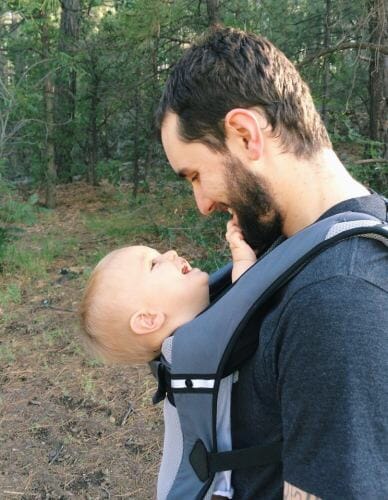 In my funny mind, I’m like, I’ll put it in a shadow box and hang it on my wall! But I would not actually do that. [Laughs] But I have this keepsake box for things from the kids’ childhood. So I’ll probably put it in there until maybe one of them has a baby. 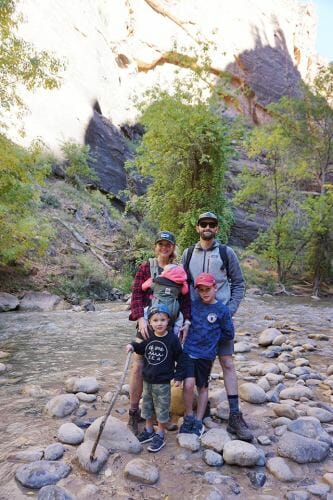 How to Get Your Baby to Fall Asleep