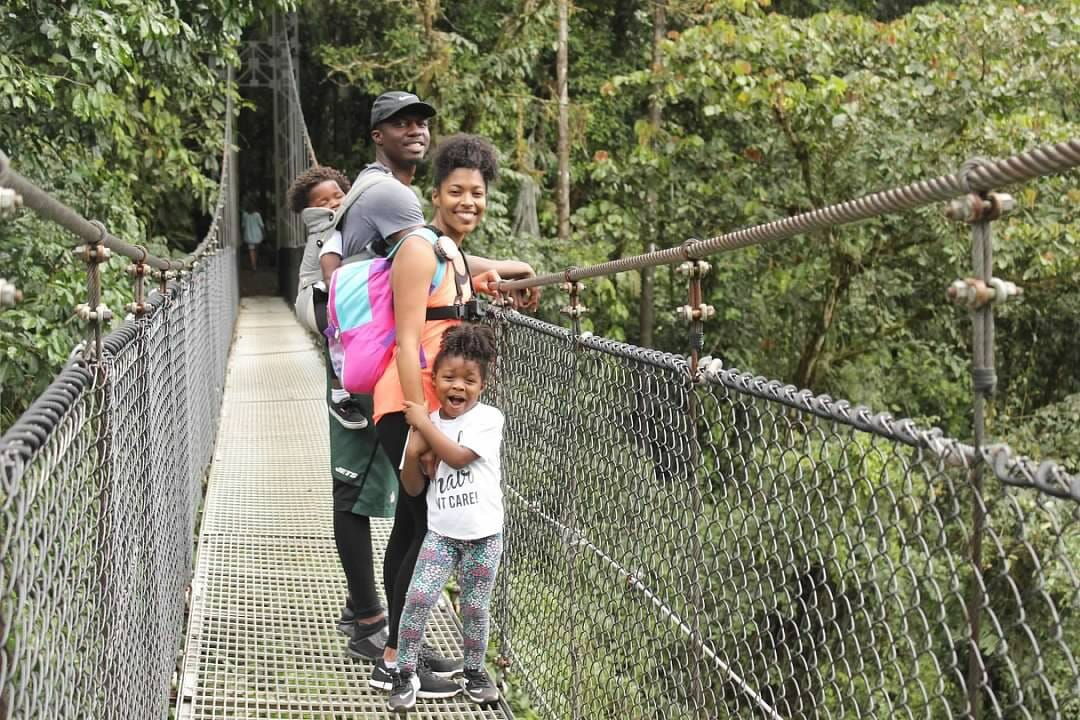 Since I talked to Monet Hambrick, the Florida-based mama of two and writer of the family travel blog, The Traveling Child, has been to Santa Barbara, New York City and Brazil. Did I mention our conversation was only a few weeks ago? The one thing this warm and intrepid explorer never leaves behind: her Ergobaby carrier.

I got my Ergo back in 2014 when we were living in New York; that’s when my first daughter was born. I was in a mom group, and a few of the ladies had Ergos and highly recommended them. So I went to a baby store and tried them out with my baby and I was like, Ohh, this is perfect. Love this! I bought it then and have been using it ever since.

So you wore it with both of your kids?

Yes, I wore it for my first daughter, Jordyn, in 2014. And then, when I had my second daughter, Kennedy, in 2016, I used the same one. I’ve [gotten] new Ergos since then, but I actually prefer my original one [Monet has an Ergo 360.]. It’s just…worn in. Do you know what I mean? It’s all nice and comfy and I just love that one. It’s perfect. 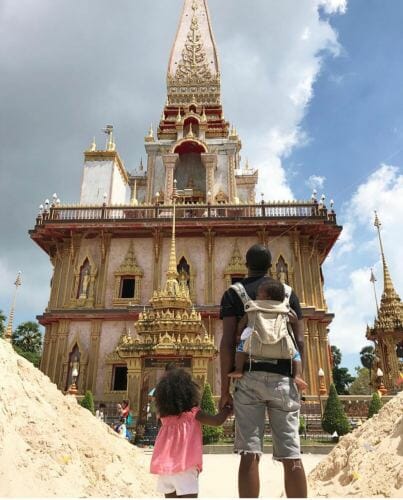 Oh, let’s see, we have used our Ergo in Thailand, Cuba, France, the Netherlands, Italy, Singapore, Denmark, Sweden, Colorado, New York, every place that we’ve ever been to. I remember one time we were actually going to the airport. We were almost there and I realized that I left the carrier at home; I’m pretty sure we were going to Costa Rica. I was like, “Yeah, we have to turn around.” And my husband says, “Ah! We’re going to miss our flight!” And I said, “Yeah, but we can’t go anyway without this carrier, so we have to go home.” And then we definitely were, like, the last people on the plane, running to our gate. But yeah, we literally take it every place that we go. I cannot go anywhere without it.

Do you have a favorite Ergo memory? Or, any funny or wacky situations in which you used your Ergo?

One of my favorite Ergo memories is hiking the Arenal volcano in Costa Rica with Kennedy in the carrier. We went there for her second birthday.

Probably, I’m your lifesaver. [laughs] I mean, because honestly, like being in New York when my first daughter was a baby, the Ergo is so helpful in a city where you’re pushing a stroller through crowds or up and down stairs at the train station. Also, when the kids are younger, they just want to be close to you all the time, but Mama’s got things to do! So being able to put them in the carrier and go about my business, whether that’s washing clothes, cleaning, taking the dog for a walk, whatever it is, it just literally saved my life and sanity, really. So my Ergo would probably tell me it was my lifesaver because it knows how much I rely on it.

My lip gloss, is that bad? [laughs] It’s right there, super easy to get it. 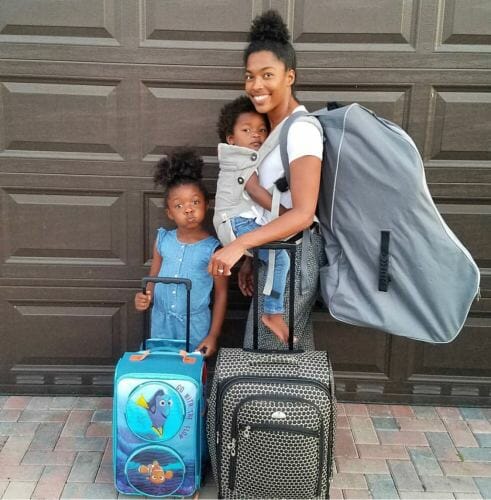 Extra hands. And just calmness. I just feel like, every single time Baby’s crying, put her in the Ergo. She’s asleep in 5 seconds.

Ok, I really wish that I had prepared a whole bunch of food before having my baby. That way when I was exhausted and could not think about anything, I would have saved so much money. All I did was order takeout because I was, like, I can’t do this and make myself something to eat.

I think my husband and I lived off of bowls of Cheerios for weeks at a time.

I love seeing my children discover new things, and the joy on their faces while they go through life. Being able to witness their firsts whether that be doing a cartwheel for the first time, touching a butterfly, learning how to read, it is an amazing feeling.

The jobs are potty training, waking up at the crack of dawn to make breakfast because the little ones don’t sleep past 6:45 am, and disciplining them.

So both of your girls liked being carried?

Yes! So actually, we went to Kenya in September and my older daughter is 4, but she looks like she’s 7. She’s super tall and she’s, like, 50 pounds. She was so tired when we got to the airport and I definitely had to put her in the carrier. And it still saved my life. Jordyn wasn’t like, “I’m too big for this.” She was like, “Can you please put me in the carrier?” So there you go!

We Want Your Ergobaby Love Story